During my exams in 2000 I made a 3D model of the Millennium Falcon. However, it never got finished and now, 7 years later, I don't understand the sourcecode anymore :)

So... the best way to finish a model you started years ago, is to start all over again. And that's exactly what I'm doing now.

The first step is building the basic shapes of the Falcon. I found some very interesting blueprints (PDF, 463KB) which I used as a reference, resulting in these images: 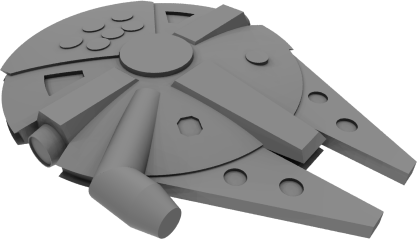 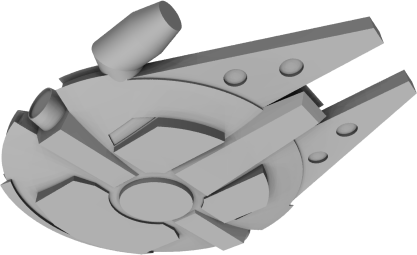 My previous version of the Falcon never got finished, like I said, and I think one of the reasons is what I recently read on a page on ketzer.com:

I think, the best way to avoid that, is to start detailing entire sections, starting with small sections, and to not continue working on other section untill the section you're working on is fully detailed. 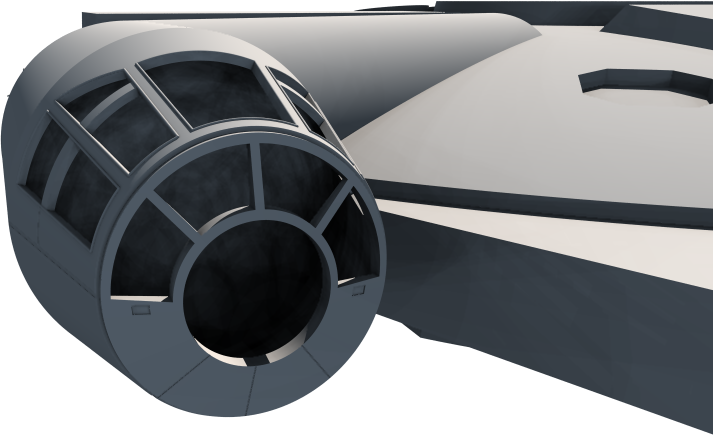 updated: 16 March 2007, created some macros that made it easier to make the "hull creases" 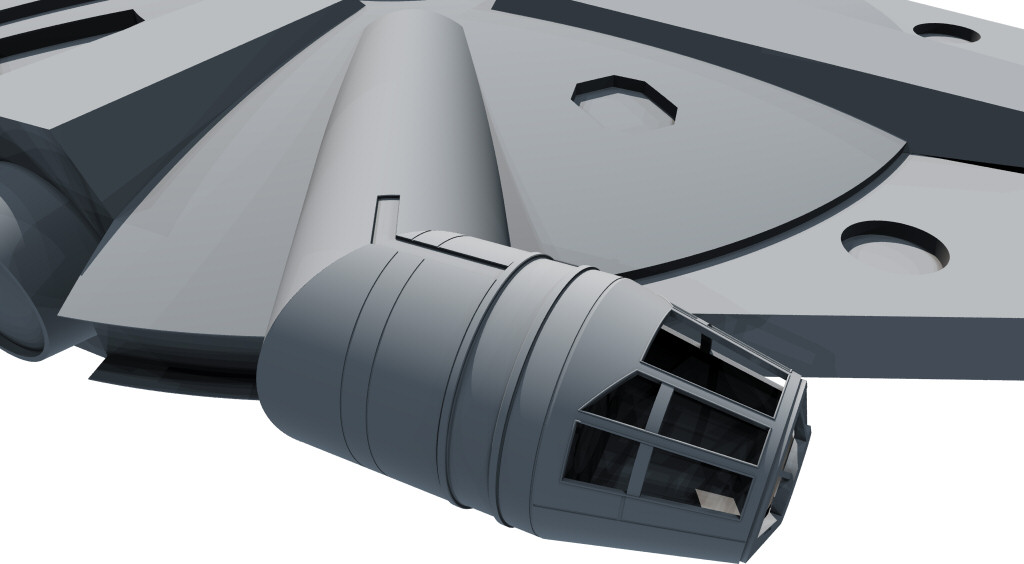 updated: 17 March 2007, added the basic creases in the front section of the cockpittube